Pulaski County Board of Education

The current Pulaski County Sole Commissioner is Jenna Mashburn. She made history in 2019  by becoming the first ever female Sole Commissioner for Pulaski County. Jenna started college back in 1998 at Middle Georgia College and then later transferred to Valdosta State. In 2001, she graduated with a bachelor’s degree of Business Administration in Marketing. Her goal was to become a pharmaceutical representative. She started this track of her career working first for a home healthcare agency as a sales representative and then she worked in a hospice clinic and finally in radiology services. This covered a six-year time-span which helped her realize her goal. In 2014 Jenna then became the Director of Marketing at Taylor Healthcare Group. During this time Jenna spent a lot of her free time working with her community. She was a part of many different civic organizations, including Pulaski Tomorrow and the Rotary club. In 2016, Jenna became the first ever female president of the Hawkinsville Rotary Club, and as we all know, she did not stop there. Jenna always had an interest in local municipal government, and when the sole commissioner resigned back in 2018, Jenna made the huge decision to run in the special election. She was the only woman to run in the 2018 special election and came out on top as our first ever female Sole Commissioner. She is filled the unexpired term of former Chair Butch Hall until December of 2020 and and won her full election to begin her full 4 year team starting in 2021. 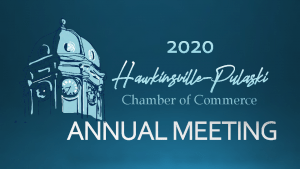